Smartphones and Social Media: A Mobile, Resilient Bridge in Emergencies

Tomer Simon, MPH, is a Ph.D. student at the Ben-Gurion University of the Negev focusing on use of social media in emergency preparedness and response. He is also the chief architect and CTO in a leading multi-national company, and founder and coordinator of the disaster preparedness and readiness website (Ready.org.il). 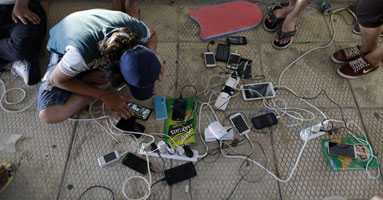 It is estimated that more than 800,000 refugees have embarked on an arduous journey from their war torn homeland and into Europe during 2015. These numbers are almost four times greater than those recorded in 2014. The largest number of refugees originated from Syria, where a civil war has been raging for almost five years, tearing the country and its infrastructure apart.

These hundreds of thousands of refugees are only a small part of more than eight million people in Syria who have been affected by the conflict. Half of these have escaped to neighbouring countries and in doing so, had to flee their country and their birthplace. 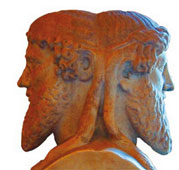 With these huge numbers, it is hard to imagine the life of a single individual whose home was destroyed, making them literally run for their, and their family’s life. It has moved the individual from a state of living to a state of survival. This transition between states, forces one to go on a journey, where its success (life vs. death) depends mainly on the level of his or her resilience.

As part of the aim to establish guidelines for resilience management, the DARWIN team has identified more than 300 different definitions for the term resilience; many of them refer to various aspects of the ability of an individual, or a community, to recover from a trauma or disaster. People use whatever means they have in order to survive. Yet, the massive devastation in various conflict-stricken areas forces many to embark on a journey alone, but not completely alone. The vast majority of them (estimated at 90% of the Syrian refugees) have a mobile phone, and even a smartphone. This rudimentary and common device may be the difference between life and death for many. 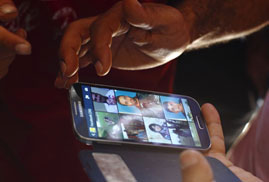 Syrian refugees looking at pictures of their missing and presumed to be dead. (QZ.com – Reuters/Darrin Zammit Lupi)

The modern mobile phone for refugees may be compared to the Roman God Janus, who was the God of beginnings, passages and endings. It can also be equaled to a Janus-Faced capable device that is in fact a resilience-magnifier for them. The mobile phone offers the refugees the opportunity to ‘look back’ and to ‘look forward’ during their journey, or more precisely, while they are roaming together with their phone.

The ability to connect to one’s community is an important part of the recovery stage, and mobile phones enable individuals to keep in touch with their community and family and perhaps all of those that have stayed behind.

Many articles have been written on the mobile phones of the refugees and how they are being used during crisis situations. Similar to Janus, mobile phones’ use may also correlate to beginnings, passages and endings. Through social media, many refugees are connecting with others to join forces and to start their journey. The mobile phone may also assist in leading the way to a new home and community. During their passage, many refugees use navigation apps, like Google Maps, to find the safest or quickest route to safety. Humanitarian aid agencies understand the importance of the mobile device and now provide charging and Wi-Fi stations along the way, and the Red Cross has even started providing tens of thousands of SIM cards. A number of agencies have even developed and released apps to assist the refugees on their route. Mobile phones offer the ability to create ad-hoc communities that transfer important information regarding food, safety and even correction of dis- and mis-information. Finally, mobile devices enable refugees to find their destination for their journey, connecting them with their future community and country.

Today, mobile phones provide a game-changing tool for governments, humanitarian agencies as well as mobile providers to enhance the resilience of the refugees directly, by providing them with important information and basic services. The mobile device provides a bridge to close information and social gaps, connectivity to their previous community and country, and to their destination. Finally, the mobile phone may serve as a direct bridge to connect between the responding entities and the individual refugee, thus enhancing their resilience by overcoming, among other things, cultural differences by utilising technology.