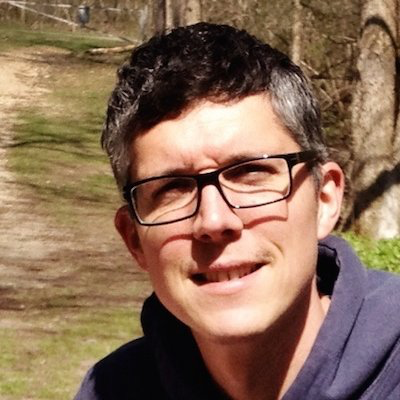 Background
Matthieu began his academic life studying Computer Science in France. He worked for six years as a consultant specialising in library and information science. He became interested in better understanding how to design interfaces and decided to go back to university to study Ergonomics. He became very interested in this speciality as he discovered just how broad the topic was. After obtaining a Master’s Degree, he moved to the United States to do a PhD. in Cognitive Systems Engineering at the Ohio State University, where he studied Decision Making, Safety and Resilience in various high-risk / high-consequence domains.

After he obtained his PhD., he worked as a researcher and consultant for 4 years for the Air Force Research Laboratory on various projects, including military rescue and intelligence, focusing particularly on technology design to support the decision-making process.

Matthieu moved to Norway in July 2015 to take up his current role in SINTEF, Information and Communication Technology and it is here that he joined the DARWIN project. Matthieu brings a broad background in Resilience Engineering in some specific domains including firefighting, disaster management, military rescue and cybersecurity. These domains frame the way he views resilience and discussions around it.

Resilience Engineering
Resilience Engineering is a relatively new field, which has only really emerged in the last decade or so (although its roots are much older). The past decade has therefore been largely about the conceptual development of the field and its spread across different domains of practice. For Matthieu, it is interesting to see how different people have tried or are currently trying to operationalise the concept of resilience in many different ways. People, including practitioners, seem to be very interested in the concept and its underlying perspective, but the question as to how to operationalise it remains a difficult one to answer.

Because of Matthieu’s past projects (e.g. urban firefighting), he finds the issues associated with responses to adverse events the most interesting. He finds the most challenging and interesting notion is managing the need for flexibility in the context of complex systems, where there are a lot of interdependencies that need to be considered.

Most interesting aspect of DARWIN project
Matthieu thinks one interesting topic is the role of communities in crisis response in large scale events. As he was conducting a literature review as part of DARWIN, it was really evident research is pointing to the need for better involvement of the community in resilient responses. In Resilience Engineering research so far, the focus tends to be on professional responders and their organisations; however, the topics of crisis and disaster management stress the importance of broadening this scope to include non-professional actors.

Leave a reply Click here to cancel the reply

If you would like any further information on DARWIN, it activities or the DARWIN Community of Practitioners please get in touch by using the form provided to send us an email.